With the help of Adam Weiss, I have revamped my blog and related media sites. The new site is http://www.LenEdgerly.com . This original Blogger site will remain as a backup archive, but everything on it has been copied to my new digital home, where I will begin posting any new content from here on.

As part of Adam's great work, we separated media posts from written/photo posts at www.VideoPodChronicles.com and imported all of the written/photo posts to LenEdgerly.com . I will continue to upload my video podcast here, and my Audio Pod Chronicles will remain at its current home. You can subscribe to either of those podcasts in the iTunes Store.

None of these changes affects The Kindle Chronicles, my Friday audio podcast about the Amazon Kindle, still located here.

Trying out AudioBoo for Hawai'i Workshop

Interviewing with the Person-al Touch


Bryan Person interviewed me yesterday via Skype video, a reverse of our roles from the podcast episode in which I interviewed him in his previous incarnation at Monster.com in Maynard, Mass. He and his family have relocated to Austin, Texas, where he works as a social media evangelist at LiveWorld, Inc., and continues to expand his reach as a social media leader through his blog, his podcasting, and his event organizing.

After 33 interviews for The Kindle Chronicles, it was fun to sit on the other side of the Skype recording. Bryan had a clear plan for the interview, beginning with my thoughts on the demise of The Rocky Mountain News and segueing into the Kindle's effect on the newspaper business and my work on the Kindle podcast. As I think about how positive an experience it was to be interviewed by Bryan, I am moved to offer these tips for great interviews:

1. Spend time researching your guest's work.
As a guest, I knew I was in good hands when I realized Bryan knew exactly how long I've been doing The Kindle Chronicles, and what I'd Twittered about the Rocky's last issue. He also knew that the bonging sound that accompanied us at one point was my great-grandfather's clock, something I've mentioned from time to time in my podcast. His preparation set me at ease and let me know that I was in good hands.

2. Listen, listen, listen
When Bryan asked a question, I could see from the video that he leaned back and listened to my reply. I never had the feeling that he was impatient for me to finish so he could ask his next question. It was as if each question was the last of the interview, and I had all the time in the world to respond. He also asked followup questions based on what I said. When I remembered that I had bought my Kindle a month after they were released in 2007, he wryly asked how come I had taken that long.

3. Get the technical stuff right
Bryan had worked out the method of using Skype video and Call Recorder to do the interview, so there was a minimum of horsing around to set up the conversation. That's another way to set your guest at ease.

4. Be the director of your show
I'm a big believer in the Rule of Thirds for composing still and video images, so I began sitting slightly off to the side of my camera's frame. Bryan realized this would look odd when the two videos were arranged side by side, so he suggested I move to the center of the camera's view. This made all the difference. Envision how you want your podcast interview to look or sound in its final version, and don't be afraid to guide the setup in order to achieve it.

5. Keep your audience in mind
Bryan made sure we drew on my experience with The Kindle Chronicles for ideas that might be useful to other companies taking advantage of brand enthusiasts' independent podcasts or other media. It's good during the interview to imagine your audience and ask yourself, "I wonder what they'd be asking now of this guest?"

All in all, it was fun and enlightening to sit down for an interview with my social media friend Bryan Person. If he gives you a call for an interview, be sure to drop everything and prepare for a very satisfying experience.

A Poem of My Own 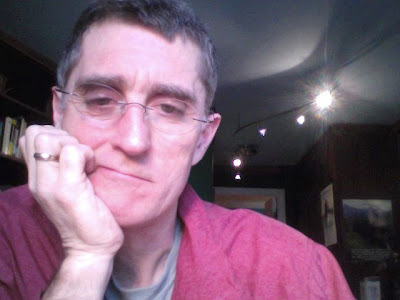 Here are a few of my favorites: 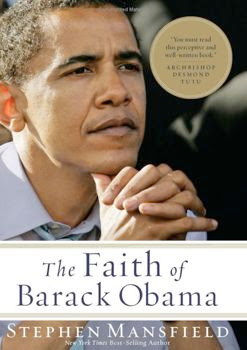 Why did Barack Obama chose the Rev. Rick Warren to give the inaugural invocation? Anyone really curious about this question would do well to read Stephen Mansfield's The Faith of Barack Obama, a highly original portrait of the President-Elect published last year in the midst of the presidential campaign.

Mansfield is an evangelical Christian, and he makes a point of saying that he disagrees with Obama on many political issues. But I believe the author does a fair job of probing and representing Obama's faith. Here's a sample:

For Obama, faith is not simply political garb, something a focus group told him he ought to try. Instead, religion to him is transforming, lifelong, and real. It is who he is at the core, what he has raised his daughters to live, and the well he will draw from as he leads. While Americans are used to religious insincerity from their political leaders, Obama seems to be sincere in what he proclaims. He embraced religion long before he embraced politics. Indeed, it was his faith that gave him the will to serve in public office, and the worldview of that faith that shaped his understanding of what he would do once he came to power.

Mansfield seems torn sometimes between his admiration of Obama's faith and the realization that it does not conform with evangelical norms. The author at one point refers to Obama's "unorthodox spirituality," and he notes with apparent discomfort the importance that doubt plays in Obama's view of faith, and Obama's respect for non-Christian religions.

The Rev. Rick Warren makes an appearance in the book when Mansfield describes a joint appearance by Obama and Presidential candidate Sam Brownback at a 2006 World AIDS Day summit sponsored by Warren's Saddleback mega-church. Brownback said he felt more comfortable than he had the previous time he and Obama had shared a stage. The story continues,

...."We were both addressing the NACCP," he [Brownback] told the crowd of several thousand. "They were very polite to me. I think they kind of wondered, 'Who's this guy from Kansas?' And then Barack Obama follows, and they're going, 'Okay, now we've got Elvis.'"

Assuming that Warren's evangelical church would be home turf for a conservative Roman Catholic like himself, Brownback then turned to Obama and said, "Welcome to my house!" The audience exploded with laughter and applause. A few moments later, though, Obama took the stage and said, "There is one thing I have to say, Sam. This is my house, too. This is God's house."

Once again, Obama showed his skill at intercepting the political long pass. Brownback intended an appeal to his base. Obama wasn't having it. Refusing to yield an inch of the religious high ground, he made it clear to all that not only would he not be moved from his rightful place in the Christian fold, but he would also not allow newcomers to the crisis of AIDS, newcomers like Warren's evangelicals, to forget that Obama's political tribe began addressing that issue long ago. Be a Christian with me, Sam, he was saying, but don't act like my older brother. This is my house, too.

I'm not sure how to connect this story with Obama's pick of Rick Warren for the inauguration, which has caused genuine anguish among gay supporters, because of Warren's clumsy and hurtful statements about gays. Perhaps the point of Obama's faith is how it enables him to go where focus-group Christian politicians would fear to tread. He's sure enough of his spiritual foundation that he feels at home within a congregation that probably included a mere handful who would consider voting for him. He likewise will no doubt stand his ground with Rick Warren against criticism from many longtime Obama supporters, including New York Times columnist Frank Rich.

Ever since Obama declared in his national political debut in 2004 that "we worship an awesome God in the Blue States," he has confounded those who didn't take his words or his faith seriously. Mansfield's enlightening book is a good way to learn more about where the next President is coming from, and how he'll stay centered in the tumultuous days and years ahead.

I'm up in the middle of the night, reading my Kindle, exploring corners of Amazon I hadn't known about. My wife and I returned from a quick trip to Denver yesterday evening. Today we'll attend an "Organizing for Change Conference" at the Kennedy School, put on by Harvard Students for Change. We're not sure what this will be about, actually, but we intend to help Obama in any way we can, after lots of work on the campaign.

I haven't used this blog for actual writing in a while. I'm not sure what that might look like, and 4:30 am is not the best time to take on new commitments. I've pulled back from my discipline of posting to the Audio Pod Chronicles or Video Pod Chronicles every week, in order to focus on The Kindle Chronicles, which is really taking off in terms of active and engaged listeners. I'll continue to have lots to do as the recently reelected Board President of our condo association in Denver. But I do miss writing. I haven't written a poem in months. My handsome leather writing notebook comes back and forth with me between Denver and Cambridge, Mass., but I seldom give myself the pleasure of putting ink on its pages. My red Lamy fountain pen is dried up from lack of use.

So I might come hang out with myself and whoever stops by here at my blog a little more often. And as 5 a.m. approaches it would be a good idea to return to bed for another couple of hours of sleep!

Qik Live Feed or most recent upload
from Nokia N95: